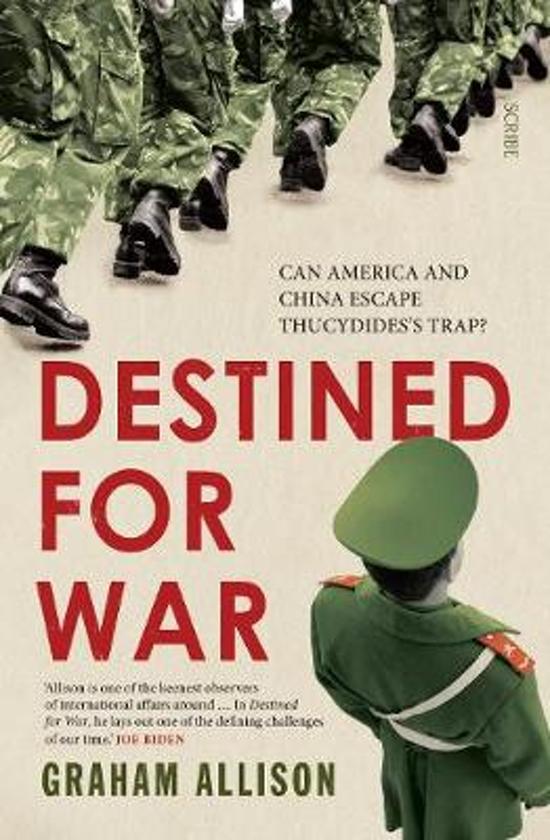 How to respond to China’s rise?

The world would be a safer place if Trump were a reader.

At the top of his reading list sound advisers would put “Destined for War”, the latest book from Harvard scholar Graham Allison. It would greatly help the president in shaping his decisions. The president would understand that China has always taken the long view and crafts ‘strategies  for generations’. He would learn that China is beating his country in many fields. He would also understand that, although war is not inevitable, history has important lessons to teach about its probability. And that choices leaders make do matter.

The historian of the Peloponnesian war, Thucydides, explained how the rise of Athens and the fear that this instilled in Sparta made war inevitable. The tense situation created by an emerging power challenging a ruling power is now known as the Thucydides’ Trap. Over the past half a century these conditions have occurred sixteen times. Think France vs. the Habsburgs in the 16th century (war), the Dutch vs. the English in the 17th century (war) and the UK vs. the United States in early 20th century (no war). War was the outcome on 12 instances, four times it was avoided.

Today, both the Chinese and the American leader are promising to make their ‘country great again’. What exactly is the level of friction created by these ambitions? The depth of the structural stress between the one that rules (US) and the one that rises (China) will determine the answer. As in shown in the historic cases there are three primary derives at play: interests, fear and honor. Psychology plays it part as well: the riser feels emboldened (my voice counts!), the ruler is fearsome. To put it blunt, we are witnessing a match between hubris and paranoia.

The US, and its president, should be warned. China has a history of ‘active defense’ – limited military actions against big enemies to defend its borders. In the past the Chinese didn’t shy away from this kind of attacks on seemingly powerful countries like the US and Russia. Today, the Chinese sea is the playground of volatility where one would ‘expect’ such a surprise attack.

So, war can be accidental, provoked or intentional. But there are situations and constellations that lower the likelihood of states going to war. Allison gives twelve clues for peace, based on his research. Among them are: peace has a chance when states are embedded in large institutions or when they are economic thickly interdependent,  leadership and timing matter, sharing a common culture can help and MAD does really make all-out war madness. The last clue, number 12, will resonate with both Xi Jingping and Donald Trump: domestic performance is decisive. It seems to me that China has the upper hand there as well.

Very likeable about this book is that the author refrains from giving a blueprint, a list of things leaders need to do in order to prevent war. He acknowledges that the future is unknown, and that any prediction of the outcome of the current Sino-American tensions are useless. Instead, he lays out four core ideas that may help leaders to make wise choices.
– Clarify vital interests. In the case of the United States: is defending of, for example, the Philippines of vital interest?
– Understand what China is trying to do. Sun Tzu provides wise council: “If you know the enemy and know yourself, you need not fear the result of hundred battles. If you now yourself but not your enemy, for every victory gained, you will also suffer an defeat. If you know neither the enemy nor yourself, you will succumb in every battle”
– Do strategy. Even in this volatile and complex world one needs a compass. And hope is not a strategy.
– Make domestic challenges central. Both America’s failing, divisive, political system and China’s authoritarianism would have trouble with real tough 21st century “stress tests”. Fixing is needed.

All in all a superb book, that deserves regular re-reading. Graham Allison demonstrates with facts and historical insights that China will dominate if not the world, at least the globe’s most important relationship, that between the USA and the Middle Kingdom.
Even if war can be avoided, we need to better prepare for this changing world.